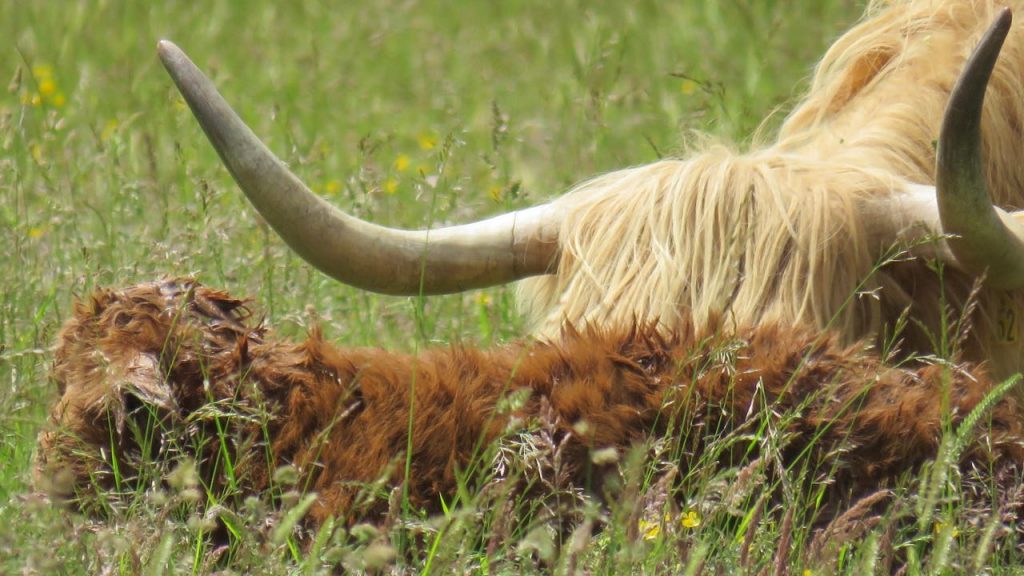 The Doodale Fold of Highland Cattle

In 2014 we decided to introduce animals to the farm. Following some investigations and discussions and visits to 2 farms we decided to build up a fold of Pedigree Highland Cattle. We started with 2 yearling heifers from David Shepherdson at Ruston, shortly followed by 2 cows with heifer calves at foot, from Robert Phillip at Hellifield. In our desire to expand rapidly we added 2 more yearling heifers, and 3 more cows with bull calves at foot from Hellified. This gave us a starter fold of 14 cattle. We decided to name our cattle “The Doodale Fold” after the woodland area at the side of our meadows. We also joined the Highland Cattle Society. 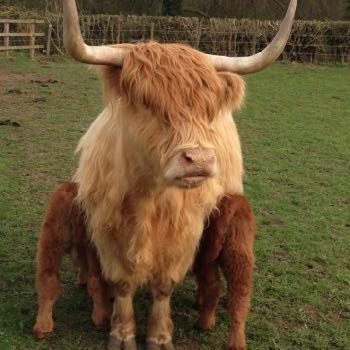 Nighean with her twins in 2015

In March 2015 our first calves were born. It was a worrying but exciting time.  The biggest surprise was when one of the cows gave birth to twins!!  It happened overnight so we could only puzzle over why there were 5 cows and 6 calves in the field!!  It is very rare for Highland Cows to have twins.

Our first calf of 2020, Boris, was born on 4th April followed by another 2 towards the end of April, Raelie and Bob, and 1 in May, Annabelle. Dyson Donn 2nd of Doodale was born in June.  We are hoping that he will develop into a quality stock bull. Mason 2 (second son of Maisie) was born in July and a beautiful white calf, Sasha was born in September. 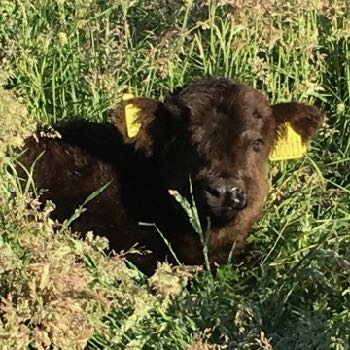 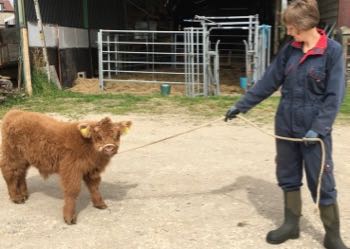 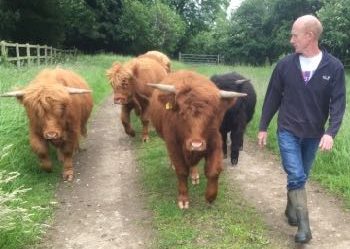 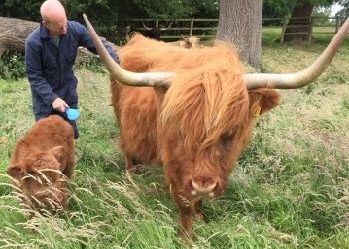 Roanaild and her calf Rosophia in 2017 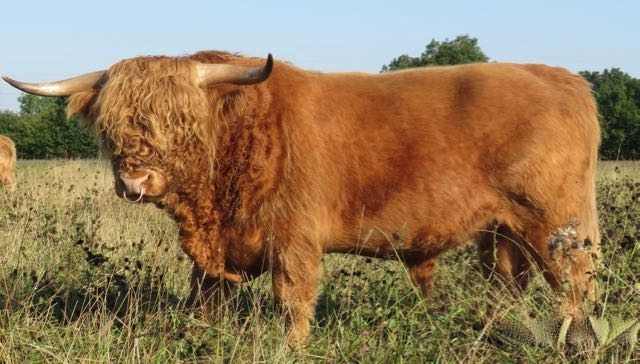 In 2014 the cows we bought were already pregnant.

In 2015 we decided to use a bull from Robert Phillip at Hellifield and in June Aaron of Hellifield arrived.

Zues of Glenkinglass arrived in 2016 to service the 5 cows and 2 of the heifers, courtesy of Robert Bradbury of Moorside.  We decided to retain one of Zues’s bull calves for future breeding.

Alexander is now three and father of 3 of the calves born in June 2019 and all 7 calves born in 2020. He is proving to be very friendly as he matures and reliable in his work.  We intend to retain some of his heifers as part of our breeding stock and are looking to sell Alexander.

Ideally, the year starts in April when the calves are born but sometimes nature dictates that the calves are a little later.  In 2020 we had calves born in April, May, June, July and September!!

Ideally, the bull is introduced in mid June so that the next calves will be born in April the following year.  Cows giving birth later in the year are put in with the bull once we are happy that the cow is looking after the calf and the calf is healthy. In theory, a cow can give birth to the next calf about 11 months after the last so we hope to eventually achieve all our cows giving birth in April, but it may take many years.  The bull is removed from the cows in mid December to avoid any births after the end of September the following year.

The vet visits and scans the cows to check whether they are in calf 6 weeks after the bull has been removed.

At the turn of the year when the calves are 8 to 9 months old they are already becoming independent of their mother. If the mother is pregnant, they will start the process of natural weaning and will make it difficult for the calf to drink milk. Eventually the calf will stop drinking, although will still have a bond with it’s mother. At an appropriate time we will separate the mothers from the calves before the next calf is born. We will then continue to socialise and halter train the calves.

We spend time with our cattle to both check they are healthy, but also to ensure they are comfortable with human contact. This usually involves a lot of activity from us grooming them, and a lot of standing quietly by them in enjoyment.

This ensures that we can check over cattle in the field rather than moving them to the handling facilities. This minimises movement and stress for us all.

We now ensure all our young cattle are familiar with the cattle trailer. Whilst they may never need to use it, it can be stressful for them on their first encounter.

Much as we would like to keep every quality breeding heifer that our lovely cows produce, we are approaching our maximum capacity and would prefer to sell good heifers for breeding rather than selling them for beef.  Current details of cattle for sale can be found here. 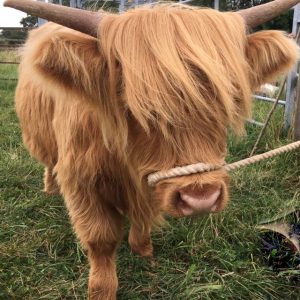 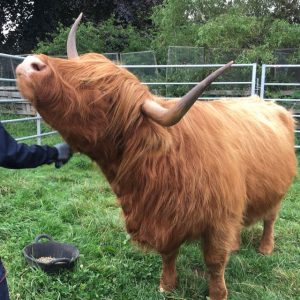 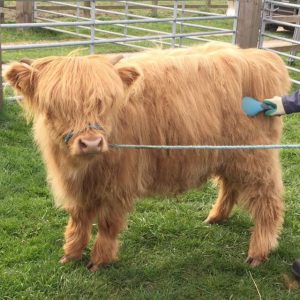 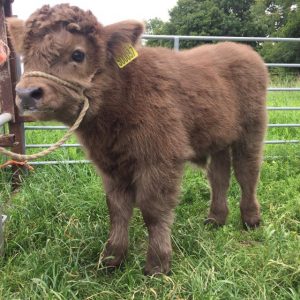 Stay in our cottage